The Board of Directors of The McKnight Endowment Fund for Neuroscience is pleased to announce it has selected six neuroscientists to receive the 2017 McKnight Scholar Awards.

The McKnight Scholar Awards are granted to young scientists who are in the early stages of establishing their own independent laboratories and research careers and who have demonstrated a commitment to neuroscience. The Endowment Fund seeks to support innovative research designed to bring science closer to the day when diseases of the brain can be accurately diagnosed, prevented, and treated.

“A McKnight Scholar Award is one of the most prestigious early-career honors that a young neuroscientist can receive,” says Anthony Movshon, Ph.D., chair of the awards committee and professor at New York University. He notes that many past recipients have gone on to careers of great distinction.

“This year we selected a remarkably diverse and talented group from a very strong pool of applicants,” says Movshon. “Modern neuroscience uses a dizzying diversity of tools and model organisms to help understand fundamental principles of brain function. This year’s scholars work on an unusually broad range of levels, from the operation and development of fundamental brain circuits to the way that neuronal populations determine how we perceive, decide, remember, and act. Understanding the brain is the great quest of 21st century science, and these talented young scientists will be at the forefront of the field in this time of its great flowering.”

The six McKnight Scholar Award recipients will each receive $75,000 per year for three years. They are:

Applications for next year’s awards will be available in September and are due in early January 2018. For more information about McKnight’s neuroscience awards programs, please visit the Endowment Fund’s website at https://neuroscience.mcknight.org/.

About The McKnight Endowment Fund for Neuroscience

The McKnight Endowment Fund for Neuroscience is an independent organization funded solely by The McKnight Foundation of Minneapolis, Minnesota and led by a board of prominent neuroscientists from around the country. The McKnight Foundation has supported neuroscience research since 1977. The Foundation established the Endowment Fund in 1986 to carry out one of the intentions of founder William L. McKnight (1887-1979). One of the early leaders of the 3M Company, he had a personal interest in memory and brain diseases and wanted part of his legacy used to help find cures. The Endowment Fund makes three types of awards each year. In addition to the McKnight Scholar Awards, they are the McKnight Technological Innovations in Neuroscience Awards, providing seed money to develop technical inventions to enhance brain research; and the McKnight Memory and Cognitive Disorders Awards, for scientists working to apply the knowledge achieved through basic research to human brain disorders that affect memory or cognition.

Posture is crucial to normal function, but little is known about how the brain successfully routes sensory signals about orientation, movement and gravity through the spinal cord to keep the body “right side up.” Dr. Bagnall’s lab studies how animals maintain posture by focusing on the vestibular system of the zebrafish, a model organism with a spinal cord remarkably similar to limbed mammals. In early development, the spinal cords of larval zebrafish are transparent, providing researchers a valuable glimpse at the diverse populations of neurons activated during different types of movements. By learning more about how these distinct premotor pathways are recruited during postural behaviors—allowing animals to adjust to changes in roll and pitch—Bagnall’s research may reveal new discoveries about the complex neural connections that govern equivalent behavior in humans. Her work could also inform the development of devices that can help people regain their balance and posture and improve the lives of people whose balance has been impaired by injury or disease.

Dr. Brohawn studies life’s electrical system from a molecular and biophysical perspective, with a focus on finding the answer to the question “ How do we feel?” The nervous system’s capacity to sense mechanical force is one of the foundations of hearing and balance, but science hasn’t yet revealed the protein machinery that converts mechanical forces into electrical signals. Using a range of approaches from X-ray crystallography to cryo-electron microscopy, Brohawn’s lab takes a “bottom up” approach to the question, capturing atomic resolution snapshots of the membrane proteins when at rest and under force. Gaining an understanding of how hearing and balance work on a detailed molecular level may someday form the basis for new therapies to improve the lives of individuals who’ve experienced auditory or vestibular loss of function.

Dr. Jazayeri studies how the brain keeps track of time by investigating the neural dynamics that allow us to anticipate, measure, and reproduce time intervals. From making conversation, to learning music, to playing a sport, timing is critical to cognitive and motor function, but the underlying computational principles and neural mechanisms of timing remain largely unknown. To explore this important building block of cognition, Jazayeri taught monkeys to reproduce time intervals, as if keeping the beat in music—an approach he continues to develop as his research lab works to uncover the neural basis of sensorimotor integration, a key component of deliberation and probabilistic reasoning. His research could advance our understanding of the cognitive flexibility that allows us to pay attention, adapt to new information, and make inferences, while identifying major targets for a variety of cognitive disorders.

Dr. Nagel explores how fruit flies combine sensory information to find their way to food—a simple behavior that may shed new light on the complex neural circuitry that allows the brain to turn sensations into action. A model organism with a simple brain and a complex capacity to make “decisions on the wing,” fruit flies turn upwind when they meet the fluctuating plume of an attractive odor, and search downwind when the odor is lost. To find a food source, flies must integrate olfactory, mechanical, and visual inputs, and transform these inputs into meaningful spatial decisions. Nagel’s lab uses quantitative behavioral analysis, electrophysiology, genetic manipulations, and computational modeling to discover how this integration works at a single cell level, shedding light on one of the brain’s most ancient guidance systems. One of the principal investigators in a National Science Foundation initiative called “Cracking the Olfactory Code,” Nagel’s research may advance neuroscience in new directions, from revealing more about how the human brain computes in space and time, to helping inform the future development of olfactory robots.

The precision with which neurons form synaptic connections is fundamental to animal behavior, yet how neurons identify correct synaptic partners amidst the staggering cellular complexity of the nervous system is unclear. To identify molecular principles underlying synaptic specificity, Dr. Pecot and his lab members study neural connectivity in the fly visual system, which comprises well-defined genetically accessible neuron types with known patterns of synaptic connectivity. Based on their research, they propose that correct synaptic partners express a common master regulator protein which controls the expression of molecules that instruct their synaptic connectivity. Ensuring that neurons destined to form connections express the same master regulator may provide a simple strategy for establishing precise neural connections. With a growing body of evidence identifying defects in neural connectivity as a driver in neurological disease, Dr. Pecot’s research could inspire therapeutic strategies focused on rewiring damaged neural circuits in affected individuals.

Language lies at the heart of what it means to be human. We possess a capacity for vocal learning that we share with just a few mammalian species. Dr. Yartsev is embarking on the first detailed investigation of vocal production learning in the mammalian brain, using Egyptian fruit bats to help answer the question of what it is about our brains that allows us to learn language. Using such novel technologies as wireless neural recording, optogenetics, imaging and anatomical mapping, Yartsev and the team hope to decipher the neural mechanisms that underlie the brain’s ability to acquire language. Yartsev’s work could also yield new insights into childhood speech delays, aphasia, and other language loss and development disorders. 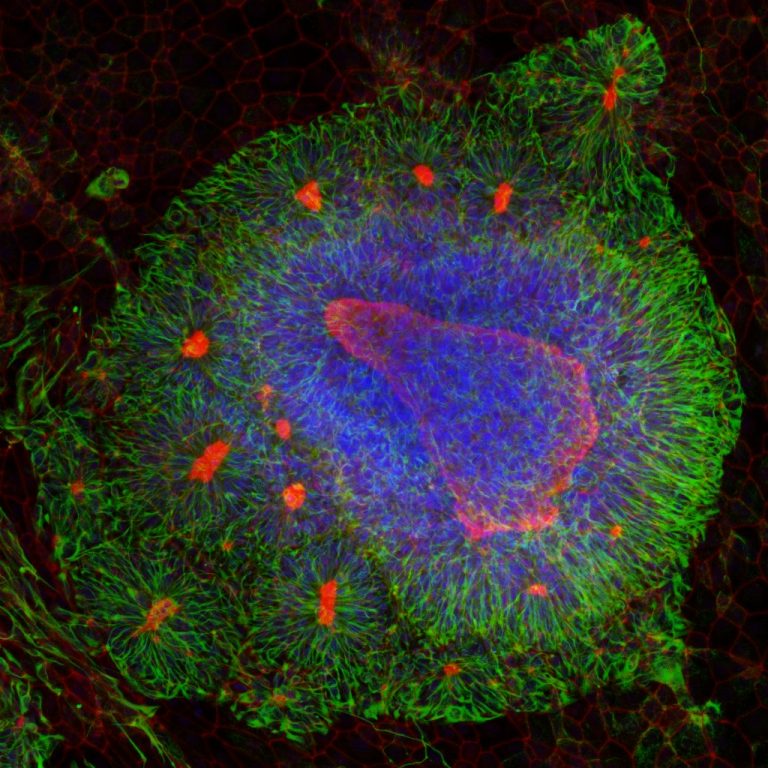 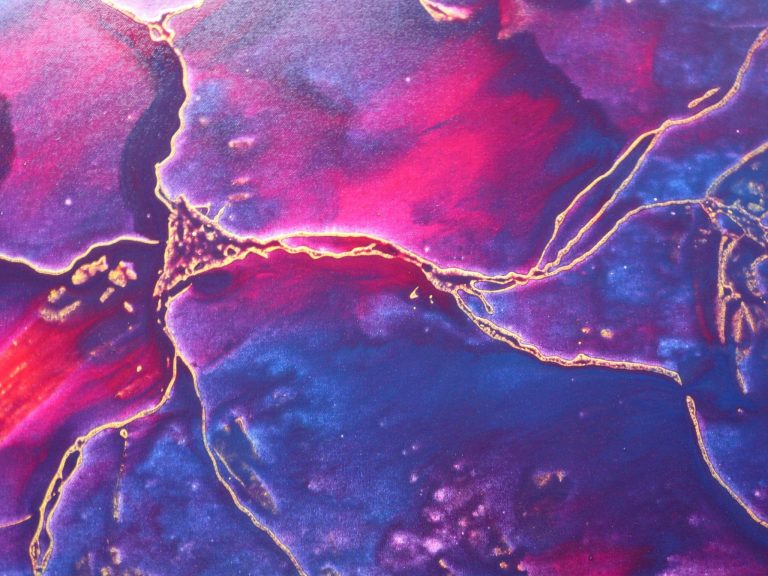 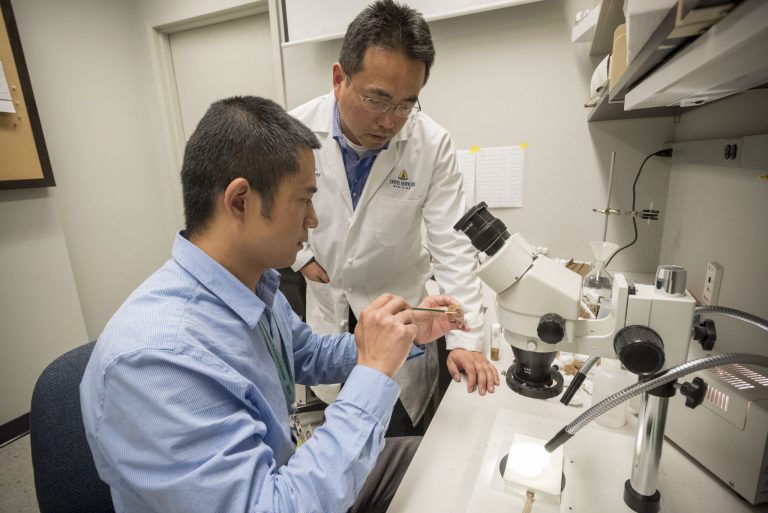