Fighting Climate Change One Step at a Time

On Thursday, the Minnesota town of Cologne (population 1,500) signed a deal making it our first local government to go solar. This town will host a SunShare community solar garden, which will save $40,000 a year by fueling city buildings and sending electricity into the grid.

The municipality looked at its assets, identified a partner, and took action. This is the fundamental formula for fighting climate change.

Forty miles to the northeast, The McKnight Foundation is trying to do the same thing through our grantmaking, but also through our $2.1 billion endowment. Like Cologne, we are looking at our assets, identifying partners, and taking action on climate — in both big and small ways. 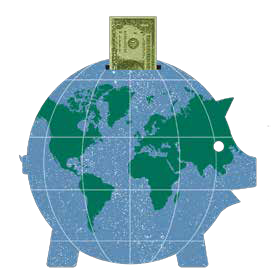 In October we seeded the Carbon Efficiency Strategy at Mellon Capital Management which removes coal companies from a broad market product while over- and under-weighting other companies, depending on their contribution to climate change as compared to sector peers. That was a pretty big move.

This investment strategy is built using greenhouse gas emissions (GHG) data reported voluntarily by companies. But not all companies report — and that’s bad for our investment. Which led us to a small step.

In April we wrote to 170 companies in GHG intensive sectors that aren’t reporting emissions. We wanted them to know that, as an investor, The McKnight Foundation needs better climate data for investment decisionmaking. This is called investor engagement — improving what you own.

So far, we’ve had responses from seven companies. Some provided corporate responsibility reports with GHG data, like oil and gas exploration company Kosmos Energy. In contrast, offshore drilling engineering company Oceaneering claimed that because its operations don’t require emissions permitting it doesn’t see any need to report. Really? That’s good information for investors to have.

Will this engagement create more transparent markets? Certainly not on its own. But information on our carbon efficiency investing strategy provides a concrete example for corporate decisionmakers that investors want real disclosure on climate change. It demonstrates that our captial markets are changing.