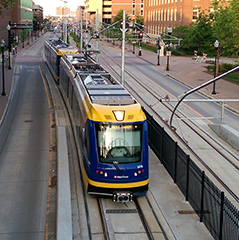 Living Cities works with the world’s largest foundations and financial institutions to build a new type of urban practice that addresses both physical and human capital issues, from affordable housing creation along transit corridors, education reform, and youth recidivism, designed to improve the lives of low-income people.

Living Cities selected Minneapolis/St. Paul’s Corridors of Opportunity as one of the five original The Integration Initiative (TII) sites in 2010. The Initiative began with the promise of transforming the lives of low-income people and the communities in which they live in cities across the country. The site partners took a different approach to community development by building cross-sector tables and combining philanthropic grants with capital investments. The Integration Initiative work in Minneapolis/St. Paul was particularly focused on the development of what would become the Green Line light rail system.