Cultivating the Next Generation of Farmers

Farming is in Geoffrey and Leann Johnson’s blood. Leann grew up a farm girl near Mountain 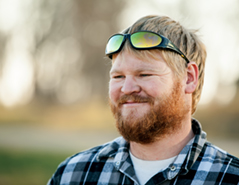 Lake, in southwestern Minnesota. For 34 years, she and Geof have made their home on his family farm near Windom. They’re active in the community with things like the local theater, township board, FFA, and they give to the Southwest Initiative Foundation (SWIF). The McKnight Foundation’s funding has sparked giving from thousands of individual donors like the Johnson family. And, McKnight’s support has allowed SWIF to create unique programs to serve its rural area, like our Keep It GrowingTM farmland giving program.

In this model, landowners donate farmland to a community foundation like SWIF. Most charities would sell the land, but SWIF can keep it. The donor receives tax benefits and income for life. Counties maintain their tax base. SWIF rents out the land, often to longtime tenants, and the income supports work in area communities — from business lending to early childhood and more. To date, SWIF has received 1,650 acres of donated farmland and more than a dozen similar programs have since started across the U.S. 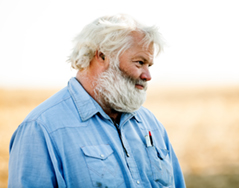 Geof and Leann are examples of those tenants. They rented land that SWIF now owns for years — and SWIF continues the relationship the original landowner started with them. They credit support from others to get them started as young farmers and later grow their business. “We appreciate all of our landowners,” Geof said. “It’s a privilege to use their land.”

Advice from one always stuck with Geof: “The more you give, the more you get.” That’s a big reason he started mentoring Zachary Walton. Zac grew up on a farm near Bricelyn and met the Johnson’s daughters during college. In 2011, Geof’s father and farming partner passed away. Geof invited Zac to help in the shop and with fieldwork for the summer.

“It was meant to be,” Leann said. “He’s just like part of the family. We couldn’t do it without him.” Zac agrees it’s a good fit. It’s something he enjoys, does well and can do to make a good living. “When I was a kid, I wanted to farm, too,” Zac said. “I just didn’t have the opportunity.”

Today, they work together in all areas of the business. Future plans for passing on the farm include Zac, as well as their girls. “The fun part is that my daughters found my farming partner for me,” Geof said. It’s also been a good partnership between the Johnson family and SWIF. “I like to see the dollars at work,” Geof said. “I’m earning a living and helping the community at the same time.”

Facing an Aging Population, a Regional Foundation Fosters the Next Generation of Leaders 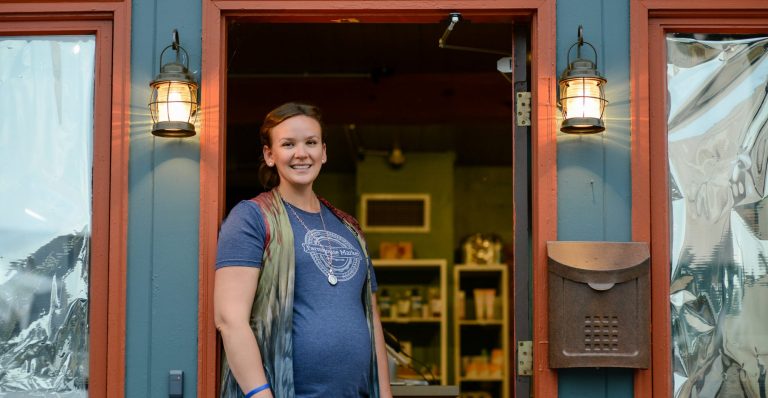 A New Kind of Grocery Store, Designed for the Needs of Rural Minnesota